«Do you speak English?» — with this phrase begins the conversation between two people, that speak different languages and want to find a common language.

It's very good when you hear: «Yes, I do», and start talking. People of different countries and nations have to get along well with the progress in world trade and technology as well as with each other.

English is very popular now. It's the language of computers, science, business, sport and politics. It's spoken all over the world. It is the official language of the United Kingdom, Ireland, the United States of America, Canada, Australia. There are more than 750 million speakers of English in the world.

If you like travelling you can go anywhere without being afraid that other people will not understand you. English is very important to find a good job.

English is the Language of Communication 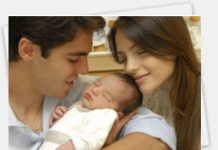 Books in Our Life