I am sure every well-educated person should speak English, because it is the language of communication, business, science and culture.
English is now the most important and widespread language in the world. It is the state language in five countries: Great Britain, Canada, the USA, Australia and New Zealand. In many Asian and African countries people speak English besides their native one. People also speak English in Europe. English is spoken practically all over the world. Russia has relations with many countries. Hundreds of joint enterprises have appeared in each city and small town in Russia. A lot of foreign delegations come to our country. Our businessmen, tourists go abroad. That is why it is very important to learn English. Nowadays, a lot of people study foreign languages in every possible way. I think English is worth studying. There is a proverb «A new language — a new world» Year by year the globe is getting smaller with the development of communication means and increase in transportation velocities. People of different countries and nations have to get along well with the progress in world trade and technology as well as with each other. «Knowledge is power» one of the great men said. Speaking a foreign language one can not only read the papers, magazines and original books by outstanding writers, but as well watch satellite TV programs, travel easily in the different parts of the world. Besides, understanding and speaking a foreign language or two became necessary while applying for a good and well-paid job. Fortunately, I began learning English even before I could understand it. Now I know that it is a must for a XXI century professional no matter what job to choose. The world is getting smaller and international connections tighter. One can not do well without one of the common European languages. I learn English because I want to read Kingsley Amis and James Joyce in their native language. I like Hemingway and Lewis Carroll, Besides, I like to travel. Speaking English, I shall have no troubles looking for a room or a meal. I like to talk and make friends with people from different countries. Last autumn I became a member of the Student Реп-Pal Club and now I have much fun writing letters to my Swiss and American pen friends. I hope, some day we shall meet each other and have a good time. There are also international friendship camps both in Russia and abroad where you can meet boys and girls from around the globe. They rarely can speak Russian, which is much more difficult to learn than English. In a word, I understand that I have to learn English hard and in a proper way. 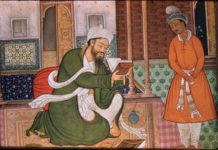 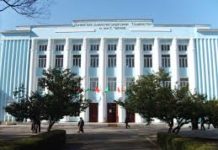 English is the Language of Communication